Stephen's passion for the composite industry 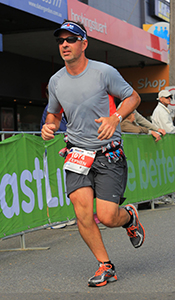 In 1994 Stephen joined Nippon Challenge, an America's Cup team as a shore crew member, which involved building and maintaining the hi-tech racing vessel.

Following that campaign, Stephen was invited to join America One for the 2000 America's Cup challenge, taking on the same role as for Nippon, but his responsibilities were extended to include supervising, water testing and training.

At the end of the 2000 America's Cup challenge, Stephen moved back to Australia to apply his extensive experience , skills and motivation to start his own successful business.

Stephen's outstanding boat building skills is reflected in the race results achieved by many of the boats he has built. Composites Constructions is proud of the successes achieved by Corby 49 IRC Racer Flirt, Reichel Pugh IRC 52 race boat Scarlet Runner, Class 3 Offshore Power Boat Saracen, and other ski race boats. Stephen also saw another opportunity composites in many industries other then boats. Composites constructions has also expanded into many industrial areas , that is more then 50 % of its turn over.